Preparations to bargain with the Employer for Support Staff later this fall have begun.  Review the information below to familiarize yourself with the details.

Notice to the Employer
The Union will deliver the notice to bargain to the Employer in October 2021, 90 days before the expiration of the agreement, in accordance with the Labour Relations Act.

It’s time to negotiate a better Collective Agreement
The role of the bargaining committee is to negotiate the best possible
collective agreement that reflects the priorities of the membership.

Eligibility
To be eligible for election to the Bargaining Committee, Members
must be in ‘good standing‘, meaning they must be dues-paying
members of the Local 2010 bargaining unit (Support Staff).

Bargaining Committee Nominations & Elections
The nomination period for Bargaining Committee Membership opened August 31, 2021 and closed on Thursday, September 9, 2021.  Five nominations/self-nominations were submitted by the deadline.  Based on this, all nominations received were verified for eligibility and acclaimed. No election process was necessary. Please review the details below to see who will be representing you this round of bargaining with the Employer.

Committee Composition
There are normally 7 positions on the Bargaining Committee; President plus 6 elected/acclaimed Members and 3 alternates. An alternate can replace a committee member in the event that a member is unable to fulfill their duties.

As per the USW Constitution, the USW Executive Board is able to appoint a 7th Committee Member and up to 3 alternate committee positions. If you are interested in serving as a committee member or alternate, please submit a Letter of Intent to the Executive Board for review to contact@usw2010.ca. 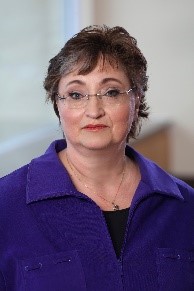 Connie Boisvert
My name is Connie Boisvert.  I have worked at Queen’s University for 11 years.  I began my career at Queen’s as a Senior Front Desk Representative with the Residence Department, Housing and Ancillary Services Department.

About me, I like to make a point of creating a positive inclusive work environment.  In 2016, and for the following 4 years, I was very fortunate to have the opportunity to work with Queen’s Event Services in a Career Development Position. I very much enjoyed my time with the Event Services Team. I am proud to be a member of the Bargaining Committee to help USW achieve a fair and beneficial contract between the Membership and our Employer.

During my time here I have noticed some items I would like to suggest be included in our Collective Agreement.  This would be my first hands on experience with bargaining, but I am confident I am up for the challenge. I recently was involved in preparing a JCQ Appeal for myself and my coworkers with the same job description.  I have enjoyed working through this process and know I would be a good candidate for the bargaining committee.

I do appreciate the importance of unions and am grateful for this challenge and opportunity to participate in the process of negotiations. 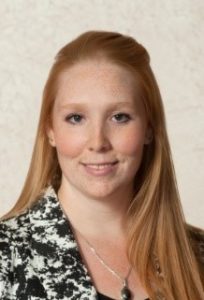 Briana Broderick
Briana Broderick has served USW Local 2010 in a full-time capacity since 2014.  She is currently the full time Vice President and Senior Grievance Officer, whose main portfolios include grievances, arbitrations and settlements, and return to work and accommodation, as well as Member Services.

Bri served on the 2015, and 2018 Bargaining Committees, and acted as a Co-Chief Negotiator for the 2020 USW 2010-01 Academic Assistant Collective Agreement bargaining.  She was also a key player during the recent Job Evaluation grievance settlement and negotiations. Having experienced several rounds of bargaining as a committee member and having acted as a Co-Chief Negotiator during the latest AA bargaining, in addition to her daily work of negotiating individual Minutes of Settlement, Minutes of Agreement and Minutes of Understanding, Bri feels that she has a unique skill set that would be an asset to the bargaining team.

Further, as a full-time officer, Bri is aware of the issues surrounding some of the articles in the Collective Agreement, as well as areas of deficit that need to be addressed.  Outside of the Local, Bri serves as the Next Generation and Political Action Coordinator for District 6.  Bri has an HBA BEd/IS from Lakehead University and an MA in History from Queen’s.  She is very excited at the prospect of representing her union in bargaining! 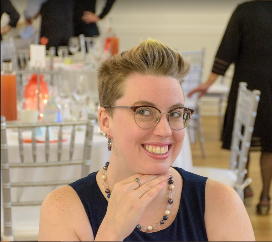 Sarah Bunting
Hello! My name is Sarah, and I am very excited to be running to serve on USW’s upcoming Bargaining Committee.  I’ve worked at Queen’s for about 5 years now and have served on the USW Executive during this time as Guide, and now as Recording Secretary.  I have also served as a USW Steward for the past 3 years.  I currently work in the Faculty of Arts & Science, Student Services Division as the Academic Consideration Manager, but have worked in multiple departments at Queen’s, which helps me to understand the different landscapes our employees experience.  Being a Steward has also helped me to understand the common issues and difficulties faced by staff members on our campus.

I think I would be a great candidate to represent USW in the upcoming bargaining committee as advocacy is my passion!  I’m a strong advocate for equity staff groups on campus and am on the organizing committees for two ERGs, Queen’s Women’s Network (QWN) and Queen’s University Association for Queer Employees (QUAQE).  I currently oversee QWN’s mentorship program and was instrumental in the revival of the QUAQE group over the last 2 years.  I also am just starting my term on the Senate Educational Equity Committee, and just finished my term on the Built Environment Advisory Group (BEAG) where I advised on new builds and large projects on campus to ensure accessibility of the built environment in these projects.

If elected to the bargaining committee, I am passionate to hear your input on what types of changes our members want to see brought forward.  I have strong advocacy, persuasion and negotiation skills built through my previous experiences and will be able to use these to help us negotiate our next collective agreement.  If you have any questions or want to let me know what you think is important in this upcoming round of bargaining, please contact me at sarah.bunting@usw2010.ca! 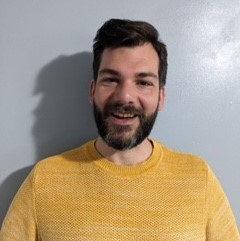 Gary Larsen
Gary Larsen began serving in the 2010 Office in January as the Member Services Coordinator. Having since become the Grievance Officer & Strategist, his day-to-day focus is on member services, return to work and accommodation, grievances, supporting arbitration preparation, and is presently advising members on job evaluation during the appeals phase.

This year Gary was one of the key team members responsible for developing the local’s five-year data and IT strategy plan. He participated as an Assistant to the Bargaining Team during 2010-01 Academic Assistant Bargaining in the spring, building on previous bargaining experience with CUPE. Analysis and advising of union-wide compensation implications throughout bargaining and negotiation of job evaluation settlement has endowed Gary with a distinct skill set that he is excited to mobilize on behalf of the Local. 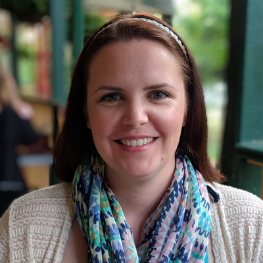 Stephanie Wilson
As a former Queen’s undergraduate student, Stephanie has worked at Queen’s in several different roles starting in the early 2000’s as a Teaching Assistant and then as Head TA in the FILM & MEDIA department.

After completing a Business Admin HR program at St. Lawrence College, she began working for Queen’s again in 2016 and is now the Undergraduate & Graduate Assistant for FILM & MEDIA. Stephanie is an empathetic, passionate advocate for both students and staff at Queen’s. She believes that serving on the USW 2010 bargaining committee would allow her to further advocate for staff and put to use her extensive collective bargaining training. In training to become a Certified Human Resources Professional, she learned to approach the bargaining table from the management perspective, so she’s well versed in management bargaining tactics. In the end, she wasn’t comfortable working as an HR professional because her values aligned more with the union than with management.

Stephanie is eager to join the USW 2010 bargaining committee and use her knowledge and experience for the good of the USW 2010 union membership.

Local 2010 Members
are supported by the
Canadian National Office Research Department,
the District 6 Office, and the
Local 2010 Office. 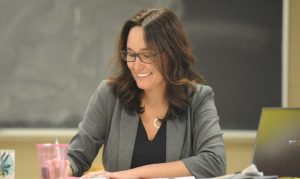 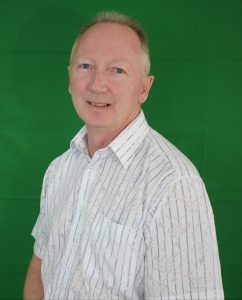 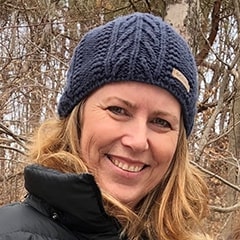